Job Evaluation (JE) is becoming more prevalent throughout industry. Employers typically introduce JE for 2 reasons. The main reason tends to be to try and get a grip on rising salaries. The other reason is to help employers cover themselves from legal challenge where there are large salary differentials, often between men and women. 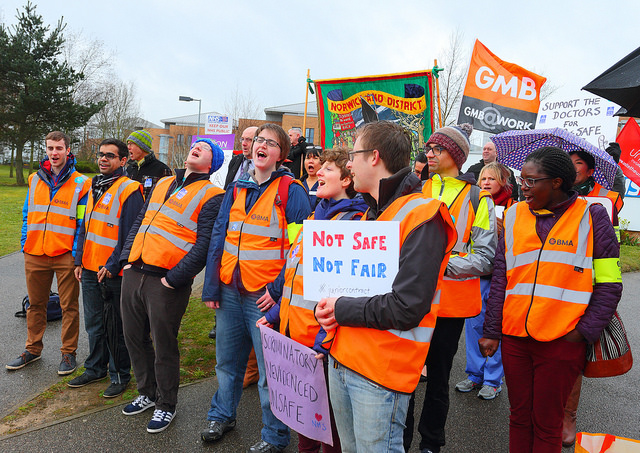 Employers normally hire consultants to help them conduct the job evaluation. The Hay methodology is one of the most common approaches in Britain. Where a trade union is recognised, they will often be invited to participate in the JE exercise. Activists will need to carefully evaluate the pros and cons of becoming involved in any JE initiative. If groups of members are likely to suffer from pay cuts or pay freeze, there’s a real danger that the union will get blamed for any adverse impact. Likewise where significant groups of members are low paid and there are real possibilities that members salaries will rise then the union can be seen to negotiate positive outcomes for these members. Either way, there will always be winners and losers and any union engagement with JE must be done critically and without any up front commitment that the union endorses the outcome. We should always remember that when employers introduce these schemes they do so to protect their own interests and they have little interest in a fair outcome.

We work in a large engineering company with many UK sites and a gender breakdown of roughly 80 – 20 male v female. A decade and a half of performance related pay (PRP) had created massive salary differentials. We were aware of people doing the same job with £1000’s salary differentials. We have minority union membership and had challenged the company to introduce a transparent grading scheme to begin addressing these salary anomalies. The company are very conscious of their image and agreed that no discrimination on salaries could be justified.

The union agreed to get involved in a consultation process to help design the new grading scheme that would follow the JE exercise. We made sure our reps got training from the union which provided us with some really useful insights into how these schemes work and some of the pitfalls to watch out for. However, during the consultation we found that many of our concerns were ignored, which was a reflection of our low union density. The company were more interested in getting our endorsement than taking on board our ideas and concerns. The scheme we ended up with had a small number of wide salary bands with a 60% gap and significant overlap between grades. So someone at the top of a grade would be earning much more than many of the staff on the grade above.

However, the overriding view amongst union reps was that most members would benefit on the majority of sites as they tended organise in the lower paid areas. The national union leadership shared these views and didn’t want scupper a deal that would benefit the majority of existing members. This approach was self-defeating as it risked preventing us from expanding into the areas where we had fewer members – amongst the highly skilled growing majority of the workforce.

Reps conducted a UK wide salary census to allow us to see what the salary spread was. Unsurprisingly, we found that higher pay tended to be concentrated in the plant in the South East and that a large gender gap was apparent across all sites. We used this information to challenge the company and obtain detailed salary information in the consultation. This was really useful in that it confirmed our fears about the legacy or PRP in opening up huge salary gaps between those doing ‘equal’ or ‘like’ work and about the spread of pay across the sites. However, it also created a divide where some groups were encouraged to see those in higher paid areas as being “over paid”, suiting the company agenda.

To try and stop the race to the bottom, we were able to show that none of the consultants’ ‘benchmarking’ companies were comparable. We used this information to destroy the scheme’s credibility with the workforce. We then got comparable salaries from recruitment agencies to determine the rate employers were recruiting staff in the same roles and argued this was the ‘market rate’. We got information from the government Office of National Statistics’ (ONS) web site on skill shortages and the cost of living for our region and campaigned around these issues with newsletters and regular meetings. We created an atmosphere that convinced both staff and managers that the scheme was unfair. We found out that our own company had begun to recruit new staff at the maximum salaries and that a growing army of contractors was being hired to cope with people leaving and their inability to recruit and retain staff. This situation and our campaign put the company on the defensive and stopped them following the advice of the consultant to cut the salaries of those earning above the salary maximums. Instead, these salaries were frozen. The company refused to promote these staff as we suggested which confirmed our view that the exercise was less about fairness and more about controlling pay.

The Tories are finally going to force major companies to publish pay details on the gender gap. Legislation on the right to information for collective bargaining already gives reps access to information about pay distributions but the legislation will give activists an opportunity to use the data to campaign against discriminatory pay systems.

After the first year, we decided to use the salary data we got from the company to explore the huge gender based salary differentials to tackle low pay and discredit the wide salary bands. As none of the other sites were prepared to oppose the scheme, it was hard to secure a national strategy to do so. We held site-wide members’ meetings to work out a strategy. Members who were mostly male agreed that unfairness in the scheme could begin to be tackled by exposing examples of gender based discrimination.

We began looking around for advice and support. The union were nervous about challenging a scheme that ‘benefited’ most members. We found the Equalities and Human Rights Commission (EHRC) website had some really useful information such as guides on Job Evaluation and and Job Grading. It had guidance which showed that the scheme the company had implemented was a ‘High Risk’ scheme and was likely to be unfair and discriminatory.

We held meetings of female members so they were comfortable to share their experiences and to find out what they were saying about the discriminatory treatment. Some of the women’s experiences were really shocking. One woman described how she had been told that she wasn’t getting a wage rise one year because the manager had decided to give it to her husband. He justified this by suggesting that the household would still get a cost of living increase with the husband’s wage rise. This had happened over ten years ago and the woman’s salary and pension had been affected for years. She was earning thousands less than men working on the grade below her. Another spoke about how she had been promoted after years of doing the team leader’s job but had only received a nominal increase with the promotion. Her salary was up to £20,000 below her peers. Others spoke about missing out on promotion because they had young families or had even indicated that they might one day want to have children. As we began to deal with these cases the company completely caved in with immediate salary increases and in one case backdated pay of over £20,000 to compensate for lost earnings and pension. We are now in discussions with the company about a strategy for dealing with these low paid women. The company have also finally agreed to a negotiate a transparent mechanism for promoting staff who have had their salaries frozen for a couple of years to remove them as potential comparators for low paid women. This development won’t stop us pursuing equal pay issues as the salary bands are so wide. It will lead to the promotion of staff earning above the maximum salaries which is what we argued for at the outset.

With low union density we have been able to use advice from the EHRC, salary information on the ‘market rate’ and salary data from the employer to campaign against low pay and to promote those above the salary maximums rather than cut salaries as has often been the case when JE systems are implemented.

As staff see that our strategy is forcing the company to make concessions, membership is growing again after a period of stagnation.

This entry was posted in Tips and tagged Equality and Discrimination, Gender, Grading and Job Evaluation, Pay. Bookmark the permalink.